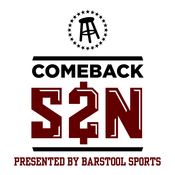 de
Dynasty Alert!
This week Gaslit Nation takes a look at two dynasties – the Trump Crime Family’s attempt to build a dynastic kleptocracy in the White House, and Meghan and Harry’s flight to Canadian freedom. Yes, like a dystopian US Weekly, Gaslit Nation takes on Megxit (we’re in favor!) and the issues surrounding it: racism and colonialism, the mendacity of the UK tabloid press, Prince Andrew the Pedophile, and the decades-long connections of the royal family to the transnational crime syndicate propping up Trump.
Human Sacrifice
It’s a grim start to 2020, and we’re here to break it down for you – the impending war with Iran, the hypocritical entreaties of John Bolton, the rapture fiends guiding our foreign policy into the abyss of hell, and more! This is our first newly recorded episode since Trump’s historical achievement of becoming the first U.S. president impeached in his f i r s t term. In the classic style of a cornered sociopathic autocrat, he is lashing out at his predicament with violence.
The Barbara Lee Interview
Congresswoman Barbara Lee is a vital voice in demanding that the Trump administration be held accountable. Lee has long shown foresight in evaluating threats to our freedom and security. In 2001, she was the only member of Congress to vote against the authorization of the use of force following the September 11 attacks. Lee discusses the importance of moral courage, the dangers of the Trump administration, and the 2020 election.
A New Era of Cyberwar: Wired's Andy Greenberg on the Kremlin's Most Dangerous Hackers
It's the holidays! That means it's time to light the fire, pour yourself some eggnog, and crack open a riveting real-life thriller like the latest book by Andy Greenberg of WIRED -- Sandworm: A New Era of Cyberwar and the Hunt for the Kremlin's Most Dangerous Hackers. In November, we featured some of our interview with Greenberg, and now you can hear it in full. Sandworm is an essential guide for understanding conflict in the 21st century, and where we are headed if we don't confront this serious threat.
We're More United Than We Are Divided
We debunk the media myths surrounding the British election – no, the loss of Jeremy Corbyn is not an omen of what will happen to Warren or Sanders! – while looking at the way the US and UK situations are linked, namely dark money, Kremlin backers, shady data mining corporations, and mainstream media propaganda. We also discuss what lessons progressives in the US can take away from Corbyn’s disastrous campaign, and how to balance unity with the necessity of diverse opinions in a political movement.
Mostrar más