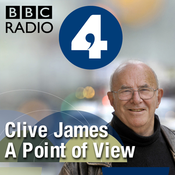 A Point of View: Clive James

de
Clive James: Clams are Happy
Following the death of the brilliantly funny Clive James - one of the first presenters of "A Point of View" - this is one of his early talks for the series. In this programme - first broadcast in 2007 - Clive ponders what makes us happy. In his own pursuit of happiness, he sits on a bench in Central Park, relives his first slice of watermelon and considers the wise words of Lawrence of Arabia. Producer: Adele Armstrong Originally produced by Rosie Goldsmith
Talking About Their Generation
Clive James reflects on the human condition and the need for liberal democracy to spread to allow future generations to enjoy the fruits of progress.
Clive James: Option Swamp
Clive James vents his frustration at automated customer systems and finds them a poor substitute for dealing with real people.
Hermie's Ghost
A weekly reflection on a topical issue. Clive James reflects on the media coverage of man-made global warming and the need for minds to be open.
Impact
Clive James reflects that in a democracy we must never be complacent about any government initiative and warns of the dangers that a new plan for calculating funding for universities may pose to academic freedom.
Mostrar más 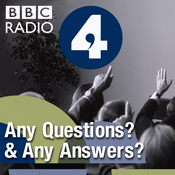 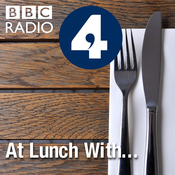