de
The Reluctant Immortalist
Daniel Martinez discovered the unthinkable: a creature that breaks one of the most fundamental laws of life. In the wake of his discovery--which has been widely confirmed by the scientific community--all kinds of people have thrown themselves into trying to unlock the secrets of how this creature seems to cheat death. Cellular biologists, aging researchers, and the biotech industry all hold high hopes that there may be some application to slow human aging. Millions of dollars are being poured into the dream of extending the human lifespan, which looks increasingly possible. But Daniel? He trashed his experiment. He completely abandoned the pursuit of unlocking the secrets of immortality. Perhaps because he believes that dream is all wrong. Invisibilia co-founder Lulu Miller went down to visit him in California to try to find out why. Please take our short, anonymous listener survey: .
White v. White?
A city council candidate says he's black. But his opponent accuses him of being a white man pretending to be black. If race is simply a social construct and not a biological reality, how do we determine someone's race? And who gets to decide? We tell the story of a man whose racial identity was fiercely contested... and the consequences this had on an entire city. | To learn more about this episode, .
An Unlikely Superpower
What if you had a superpower that allowed you to see part of the world that was to come? At the age of 60, a Scottish woman named Joy Milne discovers she has a biological gift that allows her to see things that will happen in the future that no one else can see. A look at how we think about the future, and the important ways the future shapes the present. | To learn more about this episode, .
The Confrontation
Welcome to what is possibly the most tense and uncomfortable summer program in America! The Boston-based program aims to teach the next generation the real truth about race, and may provide some ideas for the rest of us about the right way to confront someone to their face. | To learn more about this episode, .
Two Heartbeats A Minute
The strange story of an unlikely crew of people who band together to take on one of our largest problems using nothing but whale sounds, machine learning, and a willingness to think outside the box. Even stranger, several of the world's most accomplished scientists seem to think they might have a good idea. | To learn more about this episode, .
Mostrar más 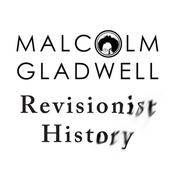