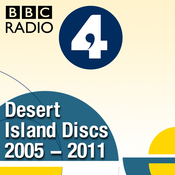 de
Sandie Shaw
Kirsty Young's castaway is the singer Sandie Shaw. With her melodic, velvety voice, bare feet and Sassoon bob she was the epitome of everything that was swinging about the '60s. She was just 17 when she first topped the charts with Always Something There to Remind Me and went on to become Britain's first Eurovision winner with Puppet on a String. She loathed the song at the time, but has recently come to terms with it after recording a new version which is, she says, rather forlorn. Along with the highs have been terrible lows - years that she calls her dark ages, when, without money or creative freedom, she felt hopeless. It was Buddhism that turned her fortunes around and became central to her life. Now, she says, she cannot believe the journey life has taken her on and she is preparing for a final flourish as a performer. Record: None of them! Book: Lecture on The Heritage of the Ultimate Law of Life by Daisaku Ikeda Luxury: Omamori Gohonzon Producer: Leanne Buckle.
Nick Park
Kirsty Young's castaway is the Oscar-winning animator Nick Park. His most famous creations are Wallace and Gromit: Gromit the silent but wise dog; Wallace, his well meaning owner with notably less brain-power. They now hold the same place in the nation's heart at Christmas that Morcambe and Wise once occupied. They are old-fashioned and quintessentially British - as familiar as bread and butter, or hoping the rain holds off - but their appeal is international. The world they inhabit is one of Jacobs cream crackers and tea-strainers - so it's little surprise that in real life too Nick Park's own creature comforts are modest: "The thing is, I have everything I want really. I've got my little house, I've got a campervan, I love the British countryside, I'm not after yachts or things like that." Record: I Forgot that Love Existed - Van Morrison Book: A Collins Bird book Luxury: My own 'Amazing pair of binoculars' Producer: Leanne Buckle.
Sir Torquil Norman
Kirsty Young's castaway week is the aviator, inventor and arts patron, Sir Torquil Norman. He comes from a family where derring-do is in the DNA - his grandfather was a pioneering airman, his grandmother an adventurer and his father also a keen pilot. Torquil ended up in the toy trade where the skills needed were, he says, a close attention to detail combined with the outlook on life of a seven year old. He was, he admits, perfectly qualified. In retirement he set about his biggest project - he bought a disused railway engine shed and raised tens of millions of pounds to safeguard its future as a venue for performing arts and a centre for young people. Record: Nobody Knows You when You're Down and Out - Bessie Smith Book: Book by his father: Nigel Norman - Verses 1911 - 1943. Luxury: A miniature still with a little ice-making machine attached to it to make dry martinis.
Frances Wood
Kirsty Young's castaway is the writer and historian Frances Wood. As head of the Chinese collection at the British Library she is the gatekeeper to some of the rarest printed texts in the world. Her life has been immersed in the language and culture of the Far East and, along the way, she's spent time learning how to throw hand-grenades, plant rice in the paddy-fields and bundle Chinese cabbages. She was in China in the final months of Mao Zedong's regime and remembers being aware of the sense of national unease: "There were the bodies that floated down the Pearl River to Hong Kong - you did get a real sense of foreboding. You did know that the whole country was on edge." Producer: Leanne Buckle Record: Don Carlos Book: A copy of Chinese dictionary Cihai, (which means Sea of Words) from the 1930s Luxury: The War Memorial outside Euston Station.
Robert Harris
Kirsty Young's castaway is the best-selling writer Robert Harris. He was, apparently, a political junkie from a young age; he was just six when he wrote the essay: 'Why me and my dad don't like Sir Alec Douglas Home' and he also had an early realisation that he wanted to grow up to be a writer. His first novel - Fatherland - imagined a world after the Nazis had won World War II. It sold more than three million copies and made him a household name. "I can remember I wrote the opening sentence and I practically had to go and lie down afterwards," he said, "the possibilities of it - and the feeling that I'd finally arrived at what I wanted to do - it was overwhelming." Record: Every Day I write the book - Elvis Costello Book: Scoop by Evelyn Waugh Luxury: A nightly fragrant bath.
Mostrar más 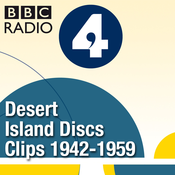 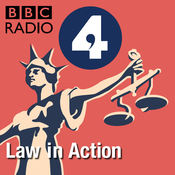