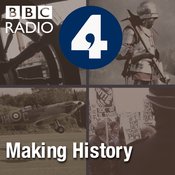 de
Introducing You're Dead To Me – Series 2
Greg Jenner introduces the new series of his BBC history podcast, You're Dead To Me.
London versus the Rest?
Tom Holland and Iszi Lawrence explore historical connections to today's big issues. Recent political convulsions have revealed a rift between the UK's capital and its regions. So this week Tom and Iszi consider other moments in history when London has been out of sync with the rest of the country - from the Romans to the 1700s. Examining how John Bull came into being and looking at the particular history of Northumbria, they look at the relationship between London and the rest of the UK. Presenters: Tom Holland and Iszi Lawrence Producer: Alison Vernon-Smith A Pier production for BBC Radio 4
Film
With this year's Oscars imminent, Tom Holland and Iszi Lawrence meet the cineasts who help us understand history and the history of cinema. Hannah Grieg, historical consultant on the Oscar-winning film The Favourite, and the screenwriter of Churchill, Alex von Tunzelmann, discuss the portrayal of history on the big screen. Tom meets Kevin Brownlow, whose work finding and restoring film from the silent era earned him an Oscar in 2010. And Matthew Sweet tells the story of Vic Kinson, a bookkeeper from Derbyshire, who created the IMDB of his day. Produced by Craig Smith A Pier production for BBC Radio 4
High Flyers
Tom Holland and Iszi Lawrence continue to explore the historical connections behind today's headlines. As the first electric commercial aircraft takes flight in Vancouver, Tom and Iszi look at the lengths people have gone to over the past millennium to reach for the skies. Tom goes to the spot where Eilmer of Malmesbury, an 11th century English monk, made one of the earliest attempts at flight in the British Isles. Inspired by the Greek fable of Daedalus, he strapped wings to his hands and feet and jumped from the abbey tower. He broke both his legs. And Iszi visits the Science Museum to find out about the first woman in space. At the age of 26, Valentina Tereshkova, orbited the earth 48 times over 3 days and parachuted out of the capsule to land safely in Siberia. Producer: Kim Normanton A Pier production for BBC Radio 4
Keeping It In The Family
Tom Holland and Iszi Lawrence present the show that explores the historical connections behind today's issues. As fascination with genealogy and our own family history has become almost a national obsession, this week's programme looks at the historical aspects of what makes up a family and how attitudes to incestuous relationships have shifted over time and throughout cultures. From Ancient Egypt to the nuclear family, from the Victorians and the National Vigilance Association to Jacobean literature, how has incest been defined, discussed, outlawed and - occasionally - even encouraged? Producer: Alison Vernon-Smith A Pier production for BBC Radio 4
Mostrar más 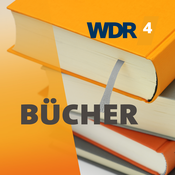 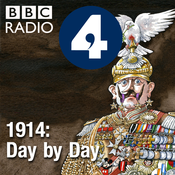