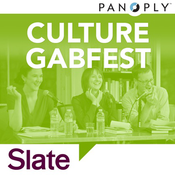 de
Hit Parade: La Vida Loca Edición
Hit Parade takes you back to the turn of the millennium when, for a couple of years, it seemed like a Latin pop star was topping Billboard’ Hot 100 every few weeks: Ricky Martin. Jennifer Lopez. Enrique Iglesias. Marc Anthony. Carlos Santana. Shakira. This wave of Latin crossover was hard-fought and a long time coming—from “La Bamba” to “Macarena,” Spanish-language hits in the 20th century had been treated like novelties by record buyers and radio programmers. The Latin boom of 1999 changed all that—but did it go far enough? How did we get from the slick Spanglish of “Livin’ la Vida Loca” to the Spanish-first success of “Despacito” and “Mi Gente”? And how did Ritchie Valens and João Gilberto prepare America for J.Lo and Shakira triumphing at the Super Bowl? Podcast production by Justin D. Wright. Slate Plus members get ad-free podcasts and bonus episodes of shows like Dear Prudence and Slow Burn. Sign up now to listen and support our work. Learn more about your ad choices. Visit megaphone.fm/adchoices
Spoiler Specials: Star Trek: Picard
On the Spoiler Special podcast, Slate critics discuss movies, the occasional TV show, and, once in a blue moon, another podcast, in full spoiler-filled detail. This week, Slate staffers Marissa Martinelli, Daniel Schroeder, and Megan Kallstrom spoil Star Trek: Picard, which picks up years after Admiral Jean-Luc Picard has separated from Starfleet over ideological differences. The Star Trek legend has retreated into retirement on Earth when the daughter of an old friend—the android Data—shows up, leading Picard to amass a new crew to track down her sister before sinister forces beat him to it. You can read Marissa Martinelli’s review here. You can read Megan Kallstrom’s piece here.  Note: As the title indicates, this podcast contains spoilers galore. Email us at spoilers@slate.com. Slate Plus members get ad-free podcasts and access to exclusive shows like Dana Stevens’ classic movies podcast Flashback. Sign up now to listen and support our work. Podcast production by Rosemary Belson.  Learn more about your ad choices. Visit megaphone.fm/adchoices
Thirst Aid Kit: Maximum UST
Maddie and David. Will and Alicia. Ichabod and Abbie. Brennan and Booth. Moonlighting, The Good Wife, Sleepy Hollow, and Bones all showed us the magic of UST-- unresolved sexual tension. In most of these examples, we got the kissing (and more) we’d been craving, and these television shows knew how to string us along until we thought we’d die from longing. That’s the hallmark of a job well done-- transferring the desire of a show’s leading couple to its audiences. In this episode dedicated to ultimate UST, we talk about what works and what doesn’t; what happens when the resolution is everything we could want… and when we’re denied.  Slate Plus members get a bonus segment on Thirst Aid Kit each week. Sign up now to listen and support our show. In this week’s Slate Plus, it’s Nichole’s turn in the court of ‘Explain Yourself’. She breaks down her attraction to Irish crooner Hozier, but Bim is a hard juror to convince.  Follow us on Twitter @ThirstAidKit. Our music is by Tanya Morgan. You can find show notes, gifs and so much more on our Tumblr at thirstaidkitpodcast.tumblr.com. Remember, you can send us your own (short) drabbles by emailing thirstaidkit@slate.com. Learn more about your ad choices. Visit megaphone.fm/adchoices
Culture Gabfest: Walking into the Abyss
This week on the Culture Gabfest, Dana Stevens rejoins Stephen Metcalf and Julia Turner from her book leave for a few segments. First, Steve and Dana chat with Slate’s books and culture columnist Laura Miller about The Plot Against America. Next, Steve, Dana, and Julia talk about the power of walking, particularly in this time of quarantine, and the literary history that precedes the activity. Finally, Steve and Julia chat with Slate staff writer Dan Kois about the 1996 film Big Night, a delicious comfort watch. On the Slate Plus segment this week, the panel checks in with each other about how they’re doing during this time of quarantine.  Podcast production by Jessamine Molli. Production assistance by Rachael Allen.  Outro Music: “Higher Love” cover from Kygo & Whitney Houston  Endorsements Dana: “Kasha is the new nutmeg.” Patti LuPone’s basement tours. Julia: “Higher Love,” the Whitney Houston and Kygo remix. Steve: “Buh Black Snake in New England,” by Benjamin Anastas in Oxford American.  Learn more about your ad choices. Visit megaphone.fm/adchoices
Flashback: What Ever Happened to Baby Jane? (1962)
Flashback is usually available only to Slate Plus members. Sign up now to listen to the archive and future episodes. In the new episode of Flashback, movie critics Dana Stevens and K. Austin Collins discuss the psychological drama What Ever Happened to Baby Jane? (1962), directed by Robert Aldrich. Other titles mentioned in the episode: Sunset Boulevard (1950), directed by Billy Wilder Limelight (1952), directed by Charlie Chaplin All About Eve (1950), directed by Joseph L. Mankiewicz Singing in the Rain (1952), directed by Gene Kelly Gypsy (1962), directed by Mervin LeRoy Mommie Dearest (1981), directed by Frank Perry Feud (2017), created by Ryan Murphy Parachute Jumper (1933), directed by Alfred E. Green Sadie McKee (1934), directed by Clarence Brown Psycho (1960), directed by Alfred Hitchcock Witness for the Prosecution (1957), directed by Billy Wilder The Magnificent Ambersons (1942), directed by Orson Welles Hush…Hush, Sweet Charlotte (1964), directed by Robert Aldrich What Ever Happened to Aunt Alice? (1969), directed by Lee H. Katzin and Bernard Girard Kiss Me Deadly (1955), directed by Robert Aldrich Three Days of the Condor (1975), directed by Sydney Pollack Comments or suggestions? Email us at flashback@slate.com Production by Chau Tu. Learn more about your ad choices. Visit megaphone.fm/adchoices
Mostrar más 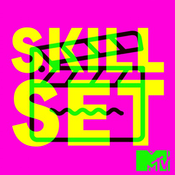 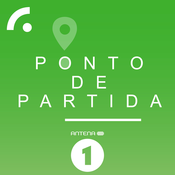