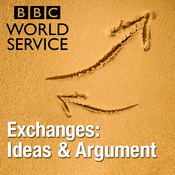 de
World Questions: Buenos Aires
Coronavirus , multibillion dollar debt, inflation, poverty - the new government faces a host of challenges. Will President Fernandez’s team be able to turn the tide, and see the highly-educated, resource-rich, vast and fertile Republic of Argentina return to prosperity? What about Falklands/Las Malvinas? And plans to legalise abortion in the Pope’s home country? Jonny Dymond and a panel of politicians discuss the fascinating future of Argentina.
Global Questions: Is South Africa afrophobic?
The recent upsurge in violence against foreigners, mostly from elsewhere in Africa, is raising fears that xenophobic attacks in South Africa are on the rise. Political leaders from across party divides have been accused of tapping into existing anti-African sentiment and have helped create a hostile environment and stoked anti-immigrant sentiment for political gain rather than addressing the issues of poverty and job creation. But where does this Afrophobic violence have its roots and what does it mean for its relationships with neighbouring countries across the continent?
World Questions: Lagos
Nigeria is one of the world’s largest oil producers, but national infrastructure, youth unemployment and insecurity are huge challenges for its civilian government. Jihadist attacks and separatist movements threaten to tear the country apart and despite being the biggest economy south of the Sahara, extreme poverty is very high. What next for Nigeria? The BBC’s Toyosi Ogunseye is joined by a panel of leading politicians and opinion formers for a public debate in Lagos, the country’s largest city. The panel: Chude Jideonwo, Social Entrepreneur Dr Abigail Ogwezzy-Ndisika, Professor of Mass Communication, University of Lagos Joe Igbokwe, Former Lagos State Spokesman of governing APC Aisha Yesufu, Human Rights Activist BBC World Questions is a series of international events created in partnership with the British Council.
World Questions: Lisbon
This month, World Questions comes to Lisbon to bring together leading politicians and the public to discuss the issues that matter to Portuguese people: education and public health services, the environment, housing, tourism and how best to grow the economy. The programme, which will be presented by the BBC’s Manuela Saragosa, will be recorded in front of an audience at the CCB Cultural Centre in Lisbon.
World Questions: Houston
Gun rights, racism, climate change, impeachment are some of the big issues convulsing the United States. In downtown Houston, Congressman Joaquin Castro, Judge Lina Hidalgo, Congressman Randy Weber and State Senator Joan Huffman join Jonny Dymond to debate questions raised by the audience in Houston. BBC World Questions is a series of international events created in partnership with the British Council.
Mostrar más 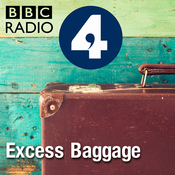 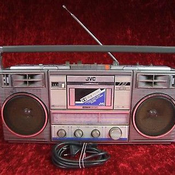