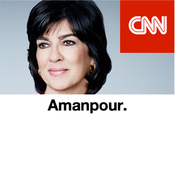 de
Amanpour: Patrick Radden Keefe, Jane Birkin and Heather Boushey
Patrick Radden Keefe, author of "Say Nothing," joins Christiane Amanpour to discuss the unprecedented surge in support for Sinn Féin in Ireland's recent election. He unpacks Sinn Féin's IRA legacy how and looks back on the murder of Jean McConville which he details in his book. Jane Birkin, the actress and singer, reflects on her relationship with singer Serge Gainsborg and adding her vocals to his steamy and now infamous song 'Je t'aime moi non plus.' She talks candidly about her family, music career and that Hermes Birkin bag. Our Tanzina Vega sits down with Heather Boushey, president and CEO of the Washington Center for Equitable Growth. She warns that U.S. wages are not rising as quickly as the economy.
Amanpour: Katarina Barley, Vanessa Hauc, Van Jones and McKay Coppins
In the wake of the Hanau shooting that killed 9 people, the former German Justice Minister Katarina Barley joins Christiane Amanpour to unpack the rise in far-right extremism in German politics. Vanessa Hauc, climate reporter and moderator for the most recent Democratic debate, and Van Jones, former special adviser to President Obama, talk about Mike Bloomberg's first appearance on the debate stage. Our Hari Sreenivasan sits down with McKay Coppins, staff writer at The Atlantic, to discuss his new book, "The Billion-Dollar Disinformation Campaign to Reelect the President."
Amanpour: David Miliband, Kareem Abdul-Jabbar and Hoan Ton-That
David Miliband, president and CEO of the International Rescue Committee, joins Christiane Amanpour to discuss the Humanitarian Crisis in Idlib, Syria caused by President Assad's Russian-backed offensive in Syria which has hundreds of thousands fleeing for their lives. Kareem Abdul-Jabbar, the basketball legend, talks about turning his hand to documentary film making. He executive produced "Black Patriots," a film airing on History that focuses on the black American heroes of the Revolutionary War. Our Hari Sreenivasan sat down with Hoan Ton-That, the founder and CEO of Clearview AI - a facial-recognition app that collates billions of images from across the web - to reflect on the potential impact his business will have on society.
Amanpour: Timothy O'Brien, John Pomfret and Timothy Snyder
Timothy O'Brien, senior adviser for the Bloomberg 2020 Campaign, joins Christiane Amanpour to answer key questions about billionaire businessman Mike Bloomberg's late entrance to the election race. He confirms exclusively that Bloomberg will disclose her tax returns and sell his company if elected. John Pomfret, former Washington Post Beijing bureau chief, and Elizabeth Cohen, CNN senior medical correspondent, asses the global fallout from coronavirus and the implications for Chinese President Xi. Our Ana Cabrera speaks to Timothy Snyder, the historian and bestselling author, to discuss the rise of tyranny across the world and the threat to American democracy.
Amanpour: Nancy Pelosi, Volodymyr Zelensky, James Jacoby
Nancy Pelosi, U.S. Speaker of the House, sits down with Christiane Amanpour in Munich where she is attending a security conference with leaders from around the world. She gives an earnest warning to the Democrats, urging them to unify in order to defeat President Trump in the 2020 Presidential race. She discusses that, the failure to impeach and the now infamous moment of her tearing up Trump's State of the Union speech. Ukraine's President Volodymyr Zelensky, who is also attending the Munich Security Conference, answers crucial questions about Ukraine's relationship with the U.S. and place at the center of the impeachment crisis. He says he is ready to meet President Donald Trump at the White House. Then our Hari Sreenivasan talks to James Jacoby, director of new PBS Frontline documentary "Amazon Empire: The Rise and Reign of Jeff Bezos," to unpack the rise Jeff Bezos and his trillion-dollar business.
Mostrar más 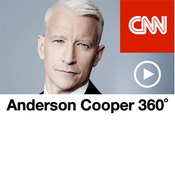 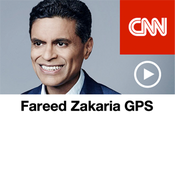