In Our Time: Science

de
George and Robert Stephenson (repeat)
In a programme first broadcast on 12 April 2018, Melvyn Bragg and guests discuss the contribution of George Stephenson (1781-1848) and his son Robert (1803-59) to the development of the railways in the 19th Century. George became known as The Father of Railways and yet arguably Robert's contribution was even greater, with his engineering work going far beyond their collaboration. Robert is credited with the main role in the design of their locomotives. George had worked on stationary colliery steam engines and, with Robert, developed the moving steam engine Locomotion No1 for the Stockton and Darlington Railway in 1825. They produced the Rocket for the Rainhill Trials on the Liverpool and Manchester Railway in 1829. From there, the success of their designs and engineering led to the expansion of railways across Britain and around the world. with Dr Michael Bailey Railway historian and editor of the most recent biography of Robert Stephenson Julia Elton Past President of the Newcomen Society for the History of Engineering and Technology and Colin Divall Professor Emeritus of Railway Studies at the University of York Producer: Simon Tillotson This programme is a repeat.
Paul Dirac
Melvyn Bragg and guests discuss the theoretical physicist Dirac (1902-1984), whose achievements far exceed his general fame. To his peers, he was ranked with Einstein and, when he moved to America in his retirement, he was welcomed as if he were Shakespeare. Born in Bristol, he trained as an engineer before developing theories in his twenties that changed the understanding of quantum mechanics, bringing him a Nobel Prize in 1933 which he shared with Erwin Schrödinger. He continued to make deep contributions, bringing abstract maths to physics, beyond predicting anti-particles as he did in his Dirac Equation. With Graham Farmelo Biographer of Dirac and Fellow at Churchill College, Cambridge Valerie Gibson Professor of High Energy Physics at the University of Cambridge and Fellow of Trinity College And David Berman Professor of Theoretical Physics at Queen Mary University of London Producer: Simon Tillotson
The Evolution of Horses
Melvyn Bragg and guests discuss the origins of horses, from their dog sized ancestors to their proliferation in the New World until hunted to extinction, their domestication in Asia and their development since. The genetics of the modern horse are the most studied of any animal, after humans, yet it is still uncertain why they only have one toe on each foot when their wider family had more, or whether speed or stamina has been more important in their evolution. What is clear, though, is that when humans first chose to ride horses, as well as eat them, the future of both species changed immeasurably. With Alan Outram Professor of Archaeological Science at the University of Exeter Christine Janis Honorary Professor in Palaeobiology at the University of Bristol and Professor Emerita in Ecology and Evolutionary Biology at Brown University And John Hutchinson Professor in Evolutionary Biomechanics at the Royal Veterinary College Producer: Simon Tillotson
Solar Wind
Melvyn Bragg and guests discuss the flow of particles from the outer region of the Sun which we observe in the Northern and Southern Lights, interacting with Earth's magnetosphere, and in comet tails that stream away from the Sun regardless of their own direction. One way of defining the boundary of the solar system is where the pressure from the solar wind is balanced by that from the region between the stars, the interstellar medium. Its existence was suggested from the C19th and Eugene Parker developed the theory of it in the 1950s and it has been examined and tested by a series of probes in C20th up to today, with more planned. With Andrew Coates Professor of Physics and Deputy Director in charge of the Solar System at the Mullard Space Science Laboratory, University College London Helen Mason OBE Reader in Solar Physics at the Department of Applied Mathematics and Theoretical Physics, University of Cambridge, Fellow at St Edmund's College And Tim Horbury Professor of Physics at Imperial College London Producer: Simon Tillotson
Hybrids
Melvyn Bragg and guests discuss what happens when parents from different species have offspring, despite their genetic differences. In some cases, such as the zebra/donkey hybrid in the image above, the offspring are usually infertile but in others the genetic change can lead to new species with evolutionary advantages. Hybrids can occur naturally, yet most arise from human manipulation and Darwin's study of plant and animal domestication informed his ideas on natural selection. With Sandra Knapp Tropical Botanist at the Natural History Museum Nicola Nadeau Lecturer in Evolutionary Biology at the University of Sheffield And Steve Jones Senior Research Fellow in Genetics at University College London Producer: Simon Tillotson
Mostrar más

In Our Time: Science: Playlist

Acerca de In Our Time: Science 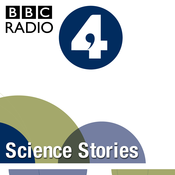 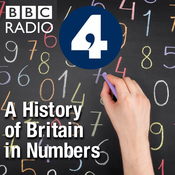