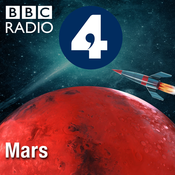 de
A Trip Around Mars with Kevin Fong
The planet Mars boasts the most dramatic landscapes in our solar system. In a programme first broadcast in March, 2013, Kevin Fong embarks on a grand tour around the planet with scientists, artists and writers who know its special places intimately - through their probes, roving robots and imaginations. As we roam Mars' beauty spots, Kevin considers why the Red Planet grips so many. Beyond its alien topographic grandeur, Mars inspires the bigger questions: are we alone in the cosmos, and what is the longer term destiny of humanity? Was there more than one life genesis? Will humans ever live on more than one planet? The itinerary includes the solar system's greatest volcano - Olympus Mons. It is an ancient pile of lavas more than twice the height of Everest, with a summit crater that could contain Luxembourg. The weight of Mars' gargantuan volcanic outpourings helped to create the planet's extreme version of our Grand Canyon. Vallis Marineris is an almighty gash in the crust 4,000 kilometres long and seven kilometres deep. That is more than three times the depth of Earth's Grand Canyon. In some place the cliffs are sheer from top to bottom. A little to the east lies an extraordinary region called Iani Chaos, a vast realm of closely spaced and towering rock stacks and mesas, hundreds to thousands of metres high. One researcher describes it as Tolkienesque. This unearthly shattered terrain was created billions of years ago when immense volumes of water burst out from beneath the surface and carved another giant canyon, known as Ares Valles, in a matter of months. Imagine a hundred Amazon rivers cutting loose at once, suggests Professor Steve Squyres. The catastrophically sculpted landscapes are part of the plentiful evidence that in its early days, Mars was, at times, awash with water and, in theory, provided environments in which life could evolve and survive. That is what the latest robot rover on Mars - Curiosity - is exploring at the dramatic Gale Crater with its central peak, Mount Sharp. Expert Mars guides in the programme include scientists on the current Curiosity mission, and on the preceding rover explorations by Spirit and Opportunity. Kevin talks to hard sci-fi novelist Kim Stanley Robinson whose rich invocations of Martian landscapes form the narrative bedrock of his Mars Trilogy. He also meets Bill Hartmann, a planetary scientist since earliest generation of Mars probes in the 1960s and 1970s. Bill has a parallel career as an artist who paints landscapes of the Red Planet. Planetary scientist Pascal Lee of the Mars Institute begins Kevin's tour with a painting he created - an imagined view of Mars from the surface of its tiny moon, Phobos. Producer: Andrew Luck-Baker
Following the Martian Invasion: Episode 5
Francis Spufford moves through an eerily silent London from Exhibition Road, where Wells had eagerly attended the lectures of biologist Thomas Huxley, onto the outskirts of Primrose Hill: the last staging post of the Martians who meet their microbial end overlooking the ruined city as Victorian's count their biological blessings. Joining Francis are the science fiction writers Ian McDonald and Stephen Baxter, author of the new sequel to War of the Worlds. Why does Wells's tale still resonate 120 years after its publication?
Cells and Celluloid: Aliens on Film
With Francien Stock and Adam Rutherford.
Following the Martian Invasion: Episode 4
Red weed floats down the Thames by Kew Bridge. The Martians are busy aero-forming Earth to make it more like their dying Martian home. The South East lies in ruins and London is abandoned. Meanwhile in a house in Mortlake, Francis Spufford is joined by Professor Sally Shuttleworth (St Annes, Oxford) and space scientist Maggie Aderin-Pocock to consider Martian evolution and appearance in a terrifying close encounter.
Following the Martian Invasion: Episode 3
The inexorable progress of the Martian War machines meets an attempt at organized military response at Shepperton. It is desperate and doomed yet not without limited success. Joining Francis along the banks of the Thames to consider a desperate, workable strategy against alien invasion is General Sir Rupert Smith, former Deputy Supreme Allied Commander. Meanwhile in London and along the refugee routes northwards to Chipping Barnet, Professor Darryl Jones (Trinity College), editor of the forthcoming O.U.P. edition of War of the Worlds, considers how things fall apart and what kind of world HG Wells wanted to sweep away. Producer: Mark Burman.
Mostrar más 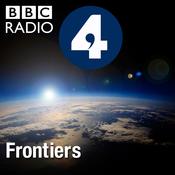 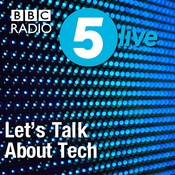