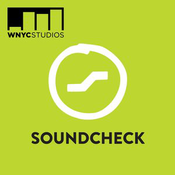 de
Cuban Pianist Roberto Fonseca Presents Music From His Latest Record
Grammy-nominated Cuban pianist Roberto Fonseca presents an infusion of rap, funk, reggaeton and electronic music, performing songs from his latest record in studio.  Yesun  is the Havana-born artist’s ninth solo album, it explores the music of his homeland, and incorporates electronic beats, spoken word, and retro-modern keyboards. "[It's] the album I’ve always wanted to make, all my influences are here. All the sounds and vibes that make me who I am.” - Rosa Gollan Watch the session here:
Bartees Strange presents his heartfelt homage to The National, In Studio
Oklahoma-raised, Brooklyn- and DC-based artist Bartees Strange presents his re-imaginings of songs by The National in studio. Both   a heartfelt homage and a political act of critique, he takes inspiration from the music, the lyrics, and even the cover art to examine  how black artists can find room in white spaces. The idea for his debut EP,  Say Goodbye to Pretty Boy (out March 13) , started when Strange attended a concert of The National in 2019 and he was surprised by how few black people were there to watch, and he asked himself the questions: "Why was it so rare to see black people at shows like these, to see black musicians freed from reductive definitions of genre, to see black acts with this level of success in a genre that is deeply informed by legacies of black music in   America?" So he focused his attention on reinterpreting and translating their songs through a personal lens, acknowledging  the possibilities and contradictions within the genre. Read more at Set List: About Today (The National cover) Lemonhead (The National cover) Going, Going (Original) Watch the session here:
Montreal Cellist Rebecca Foon Lifts Her Voice in Concern
Rebecca Foon, the cellist, producer, composer and climate activist, is a central part of the Montreal new music scene. She's a former member of Thee Silver Mt. Zion, co-founded the progressive chamber band Esmerine, and created albums of cello and electronic soundscapes under the name Saltland. But her new album features a lot more piano, other instruments, and the the quiet kick of her own cello-like voice. The album’s called , and it’s come out under Rebecca Foon’s own name. Cellist and pianist Rebecca Foon performs some of this new material, in-studio.  Watch the session here:
The Dark Drone of Dublin Folk Miscreants Lankum, In-Studio
The quartet of “Dublin folk miscreants” called Lankum reworks traditional folk songs so that they are infused with an “urban punk” vibe as well as some psychedelic drone. Made of brothers Ian Lynch (uillean pipes, tin whistle, vocals), Daragh Lynch (vocals, guitar) alongside Cormac Mac Diarmada (fiddle) and Radie Peat (harmonium, accordion, vocals), the band deconstructs and reassembles traditional Irish songs, allowing them to grow and breathe, yet bathing them in a dark and raw energy. Lankum’s press makes no bones about their wide-ranging interests in Krautrock to drone to ambient to Brian Eno, and describes them as “ . The band plays some of their distinct drone-folk, in-studio. - Caryn Havlik Set list: "Katie Cruel," "Bear Creek,"  "Rocky Road to Dublin" Stream this Web Extra, "Rocky Road to Dublin" from Lankum: Here's a video of their song, "The Young People":
The World/Inferno Friendship Society Pushes on Limits of Punk
The Brooklyn-based collective The World/Inferno Friendship Society  is a righteous gumbo of dark cabaret, which might touch on punk, ska, blues, rockenroll, klezmer, gospel, and jazz. With catchy tunes, and pizzazz-filled energy, World/Inferno pushes the limits of what could possibly be perceived as punk rock. Their brand-new record is hot off the presses, , and it brings the band to make some mischief, in-studio. - Caryn Havlik Watch the live session here:
Mostrar más 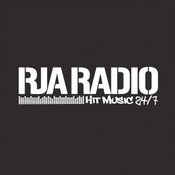 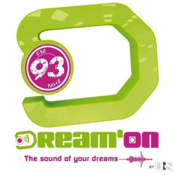