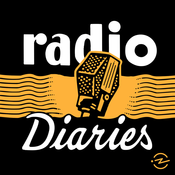 de
My So-Called Lungs
Laura Rothenberg spent most of her life knowing she was going to die young. She had cystic fibrosis, a genetic disorder that affects the lungs. When she was born, the life expectancy for people with CF was around 18 years. (It's more than double that now.) Laura liked to say she went through her mid-life crisis when she was a teenager. Joe met Laura when she was 19 and gave her a tape recorder. And for two years, she kept an audio diary of her battle with cystic fibrosis and her attempts to live a normal life - with lungs that often betrayed her.
The Teenage Diaries Revisited Hour Special
Back in the 1990s, Joe Richman gave tape recorders to a bunch of teenagers and asked them to report on their own lives. These stories became the series “Teenage Diaries.” 16 years later, in “Teenage Diaries Revisited,” we check back in with this group to see what’s happened in their lives. **** Make your mark. Go to to donate today. #RadiotopiaForever
Thembi's Diary, Revisited
We first met Thembi when she was 19 and living in one of the largest townships in South Africa. We were struck by her candor, sense of humor and her courage. She was willing to speak out about having AIDS at a time when very few South Africans did. Thembi carried a tape recorder from 2004 to 2005 to document her life. In this episode, we revisit Thembi’s diary, and we introduce listeners to Thembi’s daughter, Onwabo. **** Make your mark. Go to to donate today. #RadiotopiaForever
The Last Witness
For this episode, Radiotopia gave all of us in the network a prompt: if we were to create another show, any show, what would it be? Well, we’d make an obituary show. Make your mark. Go to to donate today. #RadiotopiaForever
The Press is the Enemy
Fifty years ago, on November 13, 1969, Spiro Agnew delivered the most famous speech ever given by a vice president. His message: the media is biased. President Nixon was getting beaten up by the press, and in response, his administration had been trying to undercut the credibility of the media, especially television news. The war between politicians and the media has a long history. Today on the podcast, the story of Agnew’s speech. Also, the story of Adlai Stevenson, a presidential candidate doomed to fail on this new-fangled thing called television.
Mostrar más 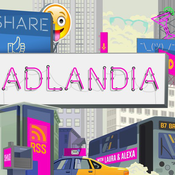