de
A Surgeon, a Comedian and an Astrophysicist Walk Into a Podcast
Maeve visits heartthrob astrophysicist Neil deGrasse Tyson at the Natural History Museum to chat about global migration and moving to Mars. She calls up socio-political comedian W. Kamau Bell about speaking truth to power using jokes. And she talks with Egyptian satirist Bassem Youssef about finding his footing in America - and his hopes of playing more than just the role of Terrorist #3 in action movies.
Children of Immigrants: Listen to Your Parents
Millions of Americans have immigrant parents, some of whom came here to escape oppression, some for economic opportunity, and some for the pizza. The very funny and very wise Aparna Nancherla (Womanhood on Refinery29) helps Maeve understand what it’s like to navigate American culture while honoring the culture your parents grew up in. Alex Karpovsky (GIRLS) relives his Slavic Communist throwback kindergarten outfits. Mona Chalabi learns more about her mother’s experience as a UK doctor after growing up in Iraq. The effervescent Charla Lauriston tells her mother, who moved as a teenager from Haiti, why she loves being the child of immigrants. Ashok Kondabolu chats with his dad Ravi about what he did in disco-era NYC, spoiler: it wasn’t dancing. It’s possible to literally be from somewhere completely different than your own parents, in more ways than one.
Moving Stories: Creativity and Immigration
Maeve’s co-host is her no. 1 girl crush, the hilarious and super smart Negin Farsad. Negin gave a TED Talk about her work in social justice comedy. She’s a filmmaker who took her live show on the road for a thought provoking and funny documentary called ‘The Muslims are Coming’. The women discuss the role of comedy during oppressive times. Poet Majid Naficy has faced much tragedy in his life, including the execution of his wife and friends during the Iranian Revolution, and he explains how writing helps. As does music, and performing, in the case of Vietnamese-American Lynda Trang Dai, it’s self expression that helps break down stereotypes and move everybody further. And it’s St.Patrick’s week, so Maeve checks in with her fellow Irish immigrant, Chris O’Dowd on just how many shamrocks he’s hoping to eat.
The Live Episode: Feeling All the Feels
Maeve discovers she’s not the only 01 visa in town - stat queen Mona Chalabi is also an “alien of extraordinary ability.” Nationally acclaimed poet, Yosimar Reyes, talks to Maeve about his life as an undocumented immigrant, recalling his childhood fear of being deported and not getting to hear the latest Destiny’s Child album. Host of ‘Call Your Girlfriend’ Aminatou Sow gives the rundown on her immigration story - from Guinea to Belgium to Texas. Maeve opens up about her own struggle with customs and border patrol, to much laughter. Jokes about Jew-boos from Naomi Ekperigin provide our Cheer Up Charlie moment and to end, Emmy the Great soothes anxieties with her music.
The Zaza Episode: Home Away From Homs
Maeve gets the latest from Mona Chalabi about what Syrian refugees will face in Trump’s USA. She meets Zaza - there are 350 Mohameds in his company, so he has to go by his surname. His life has been turned upside down by the conflict in Syria, and he describes life in Homs under a dictatorship. On the waitlist for over two years for an asylum interview, he opens up about the struggles he faces in this new life, as well as the joys. Our context queen is one of the world’s foremost authorities on what civilian life has been like under Assad, Leila Al-Shami. She explains how peaceful protests descended into the deadliest war of our time, and we learn what it’s like to survive that, and escape, but still be haunted by Syria. Plus comedian Dave Hill leaves a voicemail on the White House answering machine.
Mostrar más 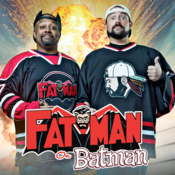 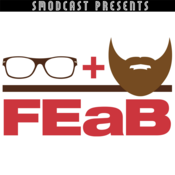